Where have all the Flowers Gone?

That’s a question many of us may ask during November. I think at times we can let the challenge of getting words on paper run our lives, and from time to time we have to remember that there is an outside world with real people in it. This past week I’ve written more words in one week than I have in a very long time. Now I don’t know if it is because I’ve had six weeks off from writing before hand or if it’s the new genre, whatever th 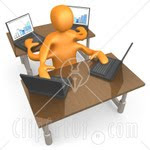 e reason I’m enjoying my writing. The fact that my laptop internet is having a major male moment is a big help because I don’t have twitter deck popping up very few seconds.

I’m also taking time away from the computer, going for a walk each day to get the mail, yes it takes me a good fifteen minutes to walk up and back from my mailbox. Friday even in the rain, I went for a walk, took my trusty duck head umbrella my son bought me, it was like water off a ducks back or head in this case. 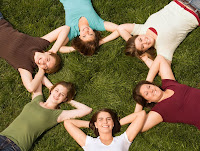 This year with my writing I have a new rule, if I’m on a roll “Please do not disturb” if not, I’ll be out to chat. It’s working just fine at the moment. Okay we are only one week in, but still, my family understand were I’m coming from and I love them for that, even our friend that are visiting know if my head is down and I’m typing ten to the dozen don’t talk to me. Most of the time because when I am at the computer I’m writing and procrastinating, I have the time to spend with family and friends. I’ve taken time to sit outside and watch the foals play together.

So I’m sitting on the 20K mark with today’s words to go on that, I’m feeling inspired and busting to start each day even if some have been slower starts than others. What about you? How is your month going? Are the words coming freely? More important are you taking the time to smell the flowers? And you know what? There is really only one person you need to please this month with your word count or pages edited and the is YOU!!! 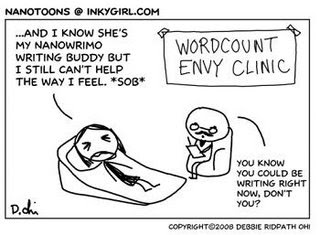 It's only the first week, and I look at the word counts being tossed around and gasp at some of the numbers. And I'm not even writing new words for this month. I'm editing, but that is really a rather loose term for 'rewriting' my ms.

How do you find the time to get these words out? Have you bolted the door on your internal editor and chained your muse to the desk? And if you can do it for this month, why not all the time?

In between sprints have a think about what you've changed in your life to get through this month. Maybe the pressure of Nano has kicked your procrastination devil right out the window. Are others in the house shouldering some of the load? Wouldn't it be lovely if some of these changes were permanent!

This early on in Nano I thought it might be nice if we all shared some tips on how we're finding the time to write, or what tricks we're using to get the words to flow.

Here are some of mine:
- cook a giant pot of bolognese (or similar), and freeze meal size portions
- set the alarm for 30mins earlier in the morning
- have some nice rewards for yourself on standby
- join in some sprints
- close your eyes while you write - seriously! (I actually do this all the time now as it means I can't edit while I write, and it actually makes me more focussed).

And we're off and writing...

Whether, you're a plotter, or a pantser, or a skirtser (in Nicky's case), it's time to pick up your favourite writing implement and make a start on this year's Nanowrimo.

No more procrastination. The time is now.

A couple of late articles have been added to the online advice for Nanowrimo: The 12 Step Guide for Succeeding at Nanowrimo. And the downloadable Nano for the New and the Insane (put me in the latter category).

I've bought the nifty desktop version of Write or Die and after a couple of test runs last weekend, I'm truly in love. I wrote most of last year's Nanowrimo effort using the online version. In fact most of the 136k was churned out using Write or Die (64k during Nanowrimo itself.)

If you haven't got a title yet, you can try the Random Romance Title Generator.

I'm not fussed. I don't care if I have a title when I start. And as I'm writing number 3 in my Bilby Creek series, I know the town and a lot of the secondary characters well. This year's supporting cast includes: 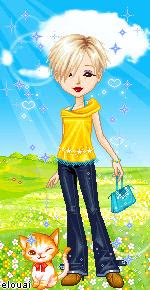 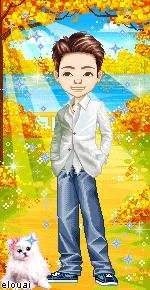 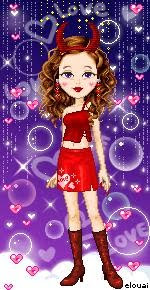 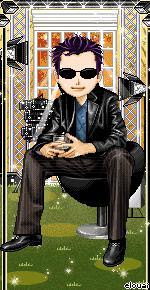 Chloe, Luke, Kirsty and Dylan will all be back. (If a story is set in Bilby Creek, Kirsty will make sure she's there, so I might as well humour her). And I'm sure Genevieve will also feature (though she doesn't have her own avatar yet).

So I have the characters, the setting, the idea, but I don't yet have a plot. I hope it will evolve in the writing.

Research I did earlier in this year included the following photos: 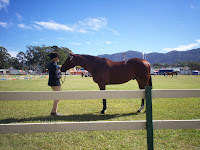 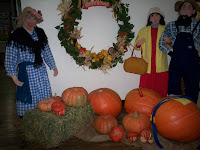 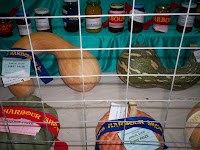 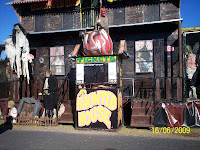 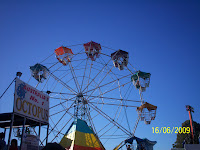 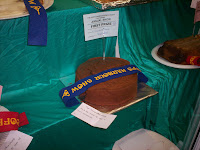 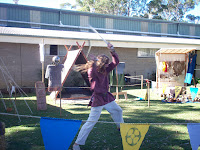 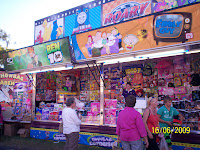 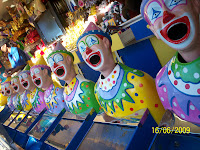 I'm sure that gives you enough clues of the setting of my story. It will begin with a bunch of committee members dropping dead (no foul play - though that could make it interesting, mostly old age) -- so the committee needs new blood, and my secondary characters step in. And that's all I've got so far. Yes, I'm truly going to pants it this time. It's worked in the past, I hope it works this time.

How about you? Plotting, pantsing or just skirting around the issue?

Go, go everyone. It's November 1st and EVERYTHING is POSSIBLE.
Posted by Diane at 12:01 AM 6 comments: