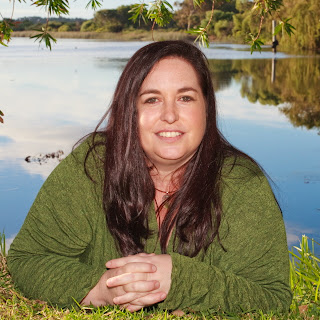 Nikki Logan sold her 2008 50K/30Day story just five months after she wrote it. She’s just finished her tenth book for Harlequin Mills & Boon, proving that the lessons learned in 50/30 come in really handy in the high-pace world of commercial fiction. She’s also a participant in the 2011 50/30 because she thinks writing is so much more fun as a team-sport.

Three years ago this week I was a couple of thou into my second attempt at category novel aimed at Mills & Boon. I’d written one earlier targeted at Blaze but the feedback I was getting was that my sex was fine but I wasn’t sexy enough ‘in premise’ to write for that high octane line. Wrong voice.

I wasn’t (and still am not) a fan of the serious Alpha required for Sexy, and so I set about writing something more suited to the young urban ‘younger-sister-of-Presents’ line, Sexy Sensation.

The book I wrote was set on the rooftops of Sydney and pitted a landscape designer heroine with a cocky television producer she had been in love with at sixteen. I had a fantastic time writing that during June 2008, notably because it showed me that Sexy Sensation wasn’t my line either. I finished the book, had a few days spare to edit it. And then I didn’t look at it again.

Fast forward a few months to November 2008 and I was contacted by the Senior Editor for M&B London who wanted to talk about revisions to my Blaze which had won an opening chapter comp she judged. There was a lot wrong with it but more right with it. She was interested.

I was beside myself.

But then came the dreaded question… while I went off to explore the diversity of story types offered by the Sweet line at her suggestion, she wanted to know ‘do you have anything else I can look at?’

And so I gave my Sydney book one more excited, panicked day of editing and emailed it off on a total of four days editing: raw and awful and imperfect. And then I kicked myself for my naïveté.

But it was the right decision, because Kim called me less than a week later and said ‘we’re going to work on this book’ and gave me some revisions to look at. And then I got to do all the editing it needed.

In mid-December I got the call and a two-book deal.

Moral of this story is not that you should send a book off raw and awful and imperfect and hope for the best. I just lucked out there. The moral is that you should always, always have ‘something else’ ready to go.

A book that can be your ‘something else’.

I first joined 50/30 because I was a devotee of the stream-of-consciousness, pantsing style of brain-dump writing and I was hoping to mix up with some similar writers. I had no idea how many different types of process there were until that month or how hard and fast some people were going to go.

I have a vague recollection of some writers knocking off obscene totals in 24 hours or a weekend, totals which weren’t healthy or sustainable. I have a clear recollection of others trying to match it and failing horribly and in a few cases crippling their creative selves and blowing their chances of finishing on time. Every single person has their own pace and their own process. Don’t judge yours by someone elses’. So:


First rule of 50/30 fightclub - Do not get caught up in the wordcount arms-race.
It doesn’t matter what someone else is doing, it only matters what YOU are doing. Set your goal and divide it by thirty: that’s your daily target. By all means tweak it upwards on weekends and downwards on busy nights. But just don’t be tempted by breaking any world records. I promise you steady and sustainable will get you there in one piece.

The other temptation (particularly if you share samples of your work to keep you motivated) is to edit and polish as you go. That’s a big fat 50/30 no-no. If you happen to be one of those gifted few for whom the words spill out of your fingertips already literarily perfect then you can ignore this one. But the rest of us really struggle not to edit as you go. But seriously, people, fight it.


Second rule of 50/30 fightclub:Don’t be tempted to edit as you go along.
By all means quickly fix up crappy sentences as you find them but going over and over a passage for perfection is not what June is for. That is what July is for. And August. And the rest of the year if you want. JUNE is for getting that story out of your head and onto the page. Imperfect. Unbalanced. But there.

And lastly, don’t let your words become the enemy. 50/30 is a marathon and it’s a team marathon. It’s not about you beating your wordcount into submission, it’s about you and your muse working together to reach an achieveable goal. The moment you let things turn adversarial you start losing.


Third rule of 50/30 fightclub: Remember that you and your muse are a team.
You need each other. If you look after her she’ll look after you.

So that’s about it. Hopefully you’re going great-guns and sitting up around the 25% of your goal total by the time you read this. If you’re not, don’t worry, just shuffle your diary, make more time to write, and do your best.

The only shame is in quitting without trying.

See you at the finish line! 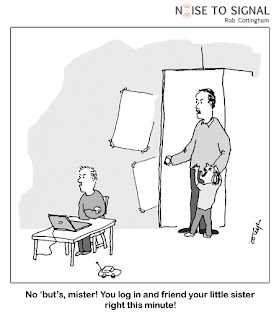 "Writing is a fairly lonely business unless you invite people in to watch you do it, which is often distracting and then you have to ask them to leave." - Marc Lawrence

One of the great things about a strong writing community like the RWA is that we all get a lot of support and discussion - which can sometimes translate into socialising and distraction. ^_^

Nevertheless, I love my social networks. I didn't have internet access for 14 hours the other day and I almost cried! (not an addict, not an addict) So if you are on Twitter, or you have a blog or a Facebook fan page, put it in the comments below. I promise not to stalk you! ^_^
Posted by Unknown at 8:12 PM 21 comments:


Lao Tzu once said "A journey of a thousand miles begins with a single step."

We have 30 Days.
We have massive goals.
We have skill and determination.
(We have the number for the local takeaways. ^_^)

While I should have been frantically freezing pre-prepared meals, sharpening my pencils and selecting my playlist for the kick off of 50K in 30 Days, I've instead been arguing with my router (I won that round - yes, I should have access to the internet, thank you very much!) and taking care of a sick toddler.

It's funny - sometime it feels to me like life gets in the way of writing. I keep forgetting it's the experiences in life that make writing possible. So I've not written much over the last week, but if I ever have a character who needs to look after a kid with the worst runny nose in history, I'm going to know exactly how she feels. ^_^

So Wednesday it all starts. Here are a couple of frequently asked questions:

Updating Word Count
Every Sunday, send your word count (or edit count) through to me at my email address and I'll update your word counter here on the blog. I'll do my best to have everyone updated that evening, or at the very latest by Monday evening.

Sprint Sessions
Spring are short (or short-ish) intense writing sessions broken up by periods of chat and various other forms of jovial relaxation. Every evening at 8pm, I will be running at least one sprint session through the RWA chat room - the sprint sessions will be simulcast over the Twitter hashtag #50K30Days.


Will be definitely happening! The first one is from the fabulous Nikki Logan will be our first sucker volunteer and her post will go up this Friday night.

If you've got any questions that have been niggling away, email me or ask away in the comments!
Posted by Unknown at 4:38 PM 7 comments: